Blink and you miss it! Week eighteen is upon us and if your team is based out of New Jersey it’s been a while since you’ve got to watch your team play the seventeenth game. Unfortunately for any fans of big blue or gang green that extra game will just add to the misery of the regular season as we head into new territory with our seventeen game season.

We head into the final weekend on a defeat which we’ll look at shortly, but we do still have a profit!

+$136.34 is our number which means over the last two NFL seasons we have made a total of +$272.25 on our selections. Considering we only play the millionaire maker up against 200,000 people each week that’s pretty good going when you know the only way to make a profit is to be in that top 15% of players. These lineups have much more joy in head to head matchups.

So, let’s look back at a rather unlucky week 17 before moving forward to the always eventful regular-season finale.

If I told you five of our nine plays went for 20+ points you’d think we’d have had a good Sunday. Unfortunately, that wasn’t the case so let’s start with the bad.

I don’t think they’ll be any surprises when I say we missed on both Chester Rogers who picked up 3.30 and Kenny Yeboah with a 5.60. After playing the big two we needed value elsewhere and never found it, with both players only having two catches each.

The Washington D also fared poorly despite only conceding 20 points, getting us a 2.00 point gain and that’s what killed us.

Everyone else found their floor and only having the two plays in Eli Mitchell & Devin Singletary (24.00 & 26.00) who went over expectation meant we fell short. The ever reliant Stafford / Kupp stack combined for just over 40 points which were a little below expectation (20.26 Stafford / 21.50 Kupp) and JT at running back also went just below his season average with a total of 21.40.

Our only other play was a nice pick up in $4.5k receiver Marquez Callaway who got us a solid 15.70. That meant we finished just 4 points from the money with the two cheap plays killing us!

So let’s get stuck into our season finale. Hopefully, you’ve all enjoyed the season just as much as Urban Meyer at a student night and let’s see if we can end on a win as for the last time this season, we play the $20 – $3M Fantasy Football Millionaire.

It’s the predicted highest scoring game on the Sunday slate and if the Seahawks want to keep pace with Kyler Murray and co, it means Russ will have to cook. For the majority of the season, that cooking has been done in McDonald’s but with a four-touchdown game, last Sunday let’s hope Wilson serves up another Michelin star meal in a potential farewell game.

Taylor has 10 games where he’s grabbed the 100-yard bonus this season and he’s up against a team in the bottom seven against the rush. He’s the league’s no.1 back by a country mile and only 260 yards short of 2000 on the ground. It’s unlikely he will get that but you wouldn’t be surprised to see him half that number once the game ends on Sunday.

If it’s not broken, don’t fix it. We go with the same running back pair as last weekend where Singletary got us 26 fantasy points, yet only has a $600 price rise despite facing the worst-ranked team against running backs this weekend. If he can get 20+ carries yet again he’s another play in for a 100-yard bonus.

DK had his best fantasy performance of the season last Sunday putting up 30 points against the Detroit Lions. This was largely down to him having a three-touchdown game, as he only gained 63 yards. That being said his target share is always around the 8 to 10 mark and if we see that again in a potential shootout, we should see the 20+ points we need to hit value.

Sometimes incentives matter, especially when it comes to the final game of the regular season. Marvin Jones needs 4 or more receptions for half a million dollars. If he manages to get them he has a real chance of 3-Xing his price tag and being a value play for us at wideout. 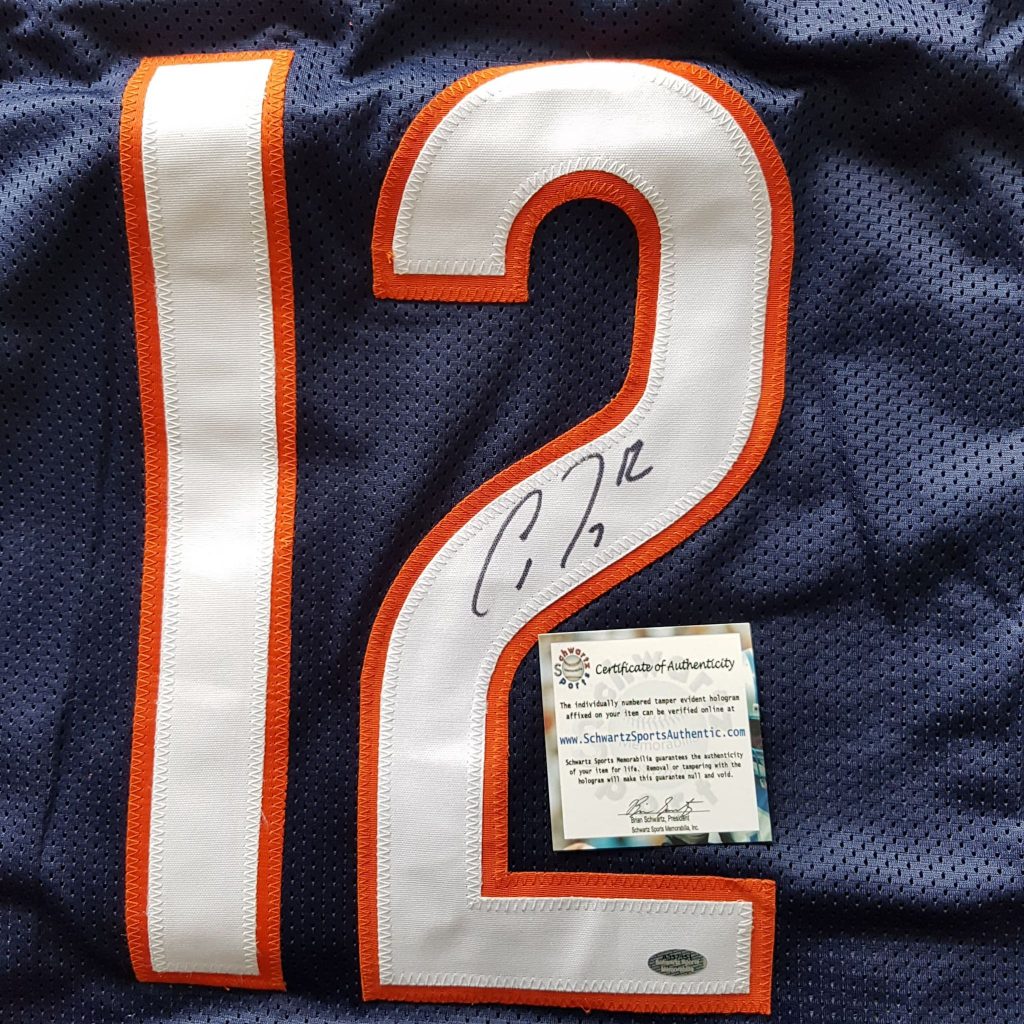 Name and number are sewn on for extra durability

I made this mistake before, selecting A-Rob, but I like the guy and think with a top QB he’s a top 12 receiver. Now, there’s no doubt he doesn’t have a top quarterback this Sunday but I’m backing my guy to make a statement in the season finale and top his season-high of 10 fantasy points which is all we need to find value here.

Without this sounding like a lazy analysis, Ertz has seen 33 targets over his last three appearances. He faces the 31st ranked team against the pass in our potential shootout with Seattle. With D-Hop and Rondale Moore missing that target share should stay steady for our tight end.

I’m backing Big Ben to go out with a bang. Especially against the worst-ranked passing defence in the league. Diontae Johnson is the go-to guy but for a snip of the price, we get ourselves a man who saw nine targets last week. That’s a number he’s matched or bettered in six of the fourteen games he’s started. If we see that number again he helps us make a profit.

The only part of the Giants I could rely on this season has been their D. With coordinator Pat Graham being linked with a number of head coaching jobs this could be his final chance to impress on the Giants staff so I’m finishing the season with the Big Blue Wrecking Crew!